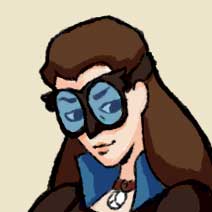 Born a noble in Sundial City, Nwain earned great honors and greater responsibilities, until she lost everything she held dear.  Now, she roams aimlessly, adrift in the world of Dream. 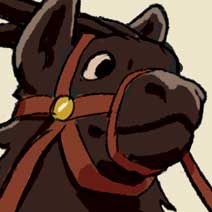 A heathstepper–part wolf, part deer–Shade is Nwain’s steed.  Quick to judge, Shade can prepare for fights by morphing her antlers to into aggressive, pronged shapes. 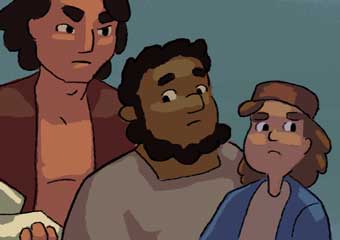 Consisting of young Darin, his father Tom, and his uncle Meb, the Baker family has weathered many trials together, including the loss of Darin’s sister, Penny. 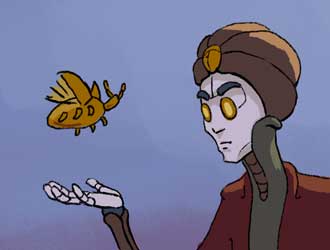 The Magician is from the mechanical city of Far Listener, and serves a leadership role in dealings with humans and other organic people. 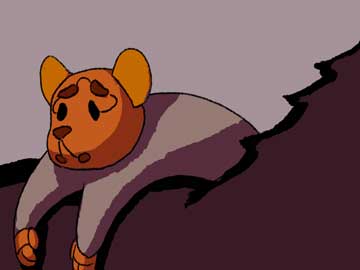 The Magician’s personal project, Mousebot was built to explore places and ideas.  She has very few pre-programmed notions, and an advanced learning system, much like a human child. 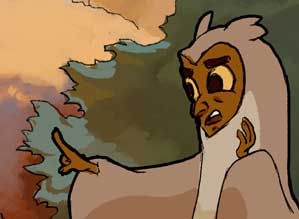 Also known as Penny Baker, Owlgirl ran away from home to live with the Hookuru, a clan of giant owls.  She tried to become an owl herself, but her owlification went awry and she is now stuck in half-owl, half-human form.